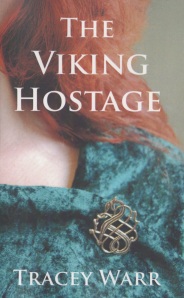 Just received the first copies of my new historical novel. The Viking Hostage is set in late 10th century France and Wales. It weaves together the stories of three women living through turbulent power struggles across Europe, Viking raids, and fears of The End of Time. Sigrid is a pagan Norwegian sold into slavery in the French Limousin. Aina is heiress to the French fortress of Segur and longs for a life of travel and adventure as she attempts to resist an unwelcome marriage. Adalmode is the daughter of the Viscount of Limoges, and endures a hopeless love affair with a man who is her father’s prisoner. The friendship and stories of these three women tangle with questions of nobility, freedom and courage in the often brutal society of early medieval Europe.

I am launching the novel in France next week with events at The English Library in Villefranche-en-Rouergue on 10 October and the Parisot Literary Festival on 12 October. There will be launch events in Wales and England over the next few months.

The Viking Hostage, Impress, £9.99, pbk, available from Impress Books and from Amazon. It will be available as an ebook shortly.