Water is essential to all life and around 67% of the human body is water. Although 71% of the planet’s surface is water, only 2.5% is fresh drinking water. The total amount of water in the planet’s water cycle always stays the same but since water has three states: gas, liquid and solid, changes in climate cause changes in water levels. Global warming means the oceans are getting warmer and warmer water expands. Aquatic life forms either don’t survive in changed environmental conditions or they have to move (if they can) to new habitats and water temperatures that suit them. Melting ice caps have also been expanding the liquid water in the oceans. The IPCC predicts sea level changes for 70% of coastlines worldwide. How much they will rise is debated but when tides and winter storm surges are factored in significant changes are very likely for low-lying coastal settlements such as Netherlands, east coast of US, coastal UK, Bangladesh, low-lying islands such as Tuvalu. Many people will be displaced by rising sea levels and coastal retreat inland is only a partial solution. Sea-steading, people living on water in communities and floating cities is another possible solution.

In the unlikely event that all the ice-caps melt the UK would look like an archipelago of small islands with many major cities, including London, Bristol and Norwich, underwater. Unlikely events can be the stuff of fiction so for the novel I am working on I’m imagining the coastal area of south west Wales 200 years in the future with a significant sea level rise and infrastructure and coastal settlements drowned. My heroine is more amphibian than terrestrial. She is hydrophiliac, more familiar with the properties and characteristics of water and aquatic flora and fauna than she is with the land. She knows about sound, light and gravity in water, the health of water, its motility, its eddies and vortices, and how fish use fluid dynamics and water structure. Perhaps we could say that they are swum by the water rather than swimming through and against it.

To help me imagine the fictional world I am creating I ran three Water Workshops at Annantalo Art School in Helsinki with young people (11-13) and their teacher, Elsa Hessle. We looked at how lilypads are waxy and repel water, how otters have long tails to balance when swimming, closable nostrils and ears, and dense fur creating a waterproof surface. We considered that one in 2000 people have syndactyly – webbed toes or fingers. And we considered historical and contemporary peoples who have adapted to semi-amphibian lifestyles, such as the Vikings.

After discussing how we felt about water, islands, and aquatic life we created two water landscapes – one from a bird’s eye view: Archipelago, and one from a fish eye view: Under Water World. A picture diary of the workshops follows.

Many thanks to Annantalo, Elsa Hessle and her fabulous group of young artists, and to HIAP for supporting the workshops, especially Tomasz Szrama and Jenni Nurmenniemi. And thanks to Julie Turley and Urbonas Studio for the inspiration of the Water Workshop we previously organised at Modern Art Oxford. 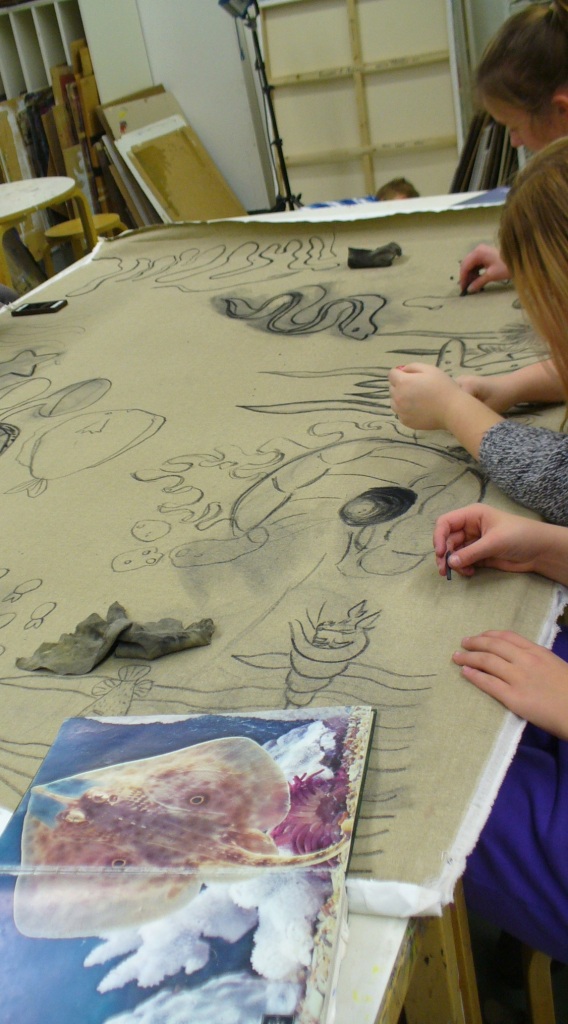 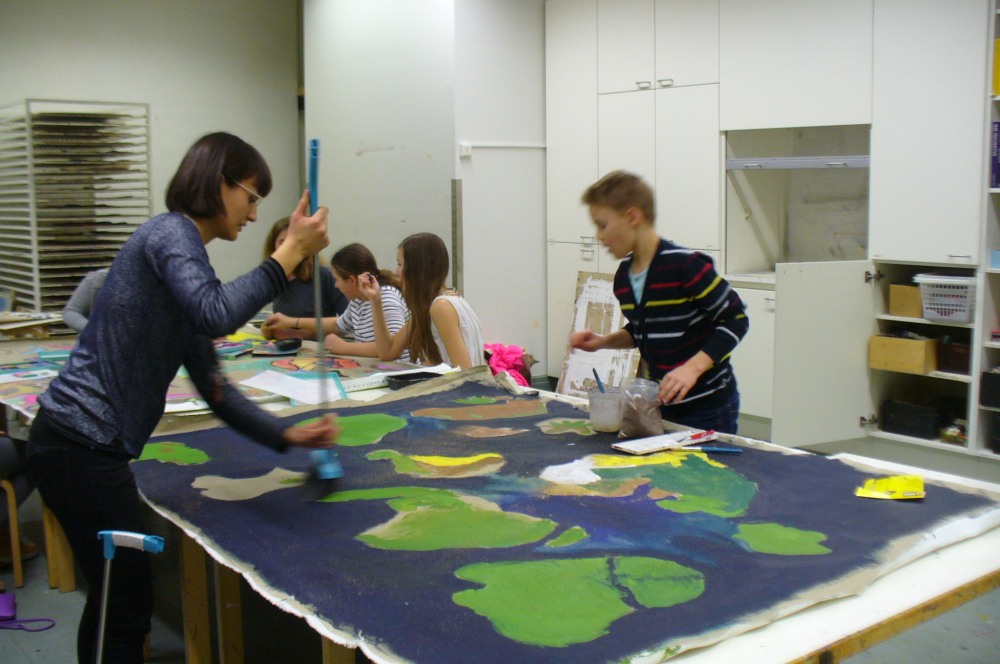 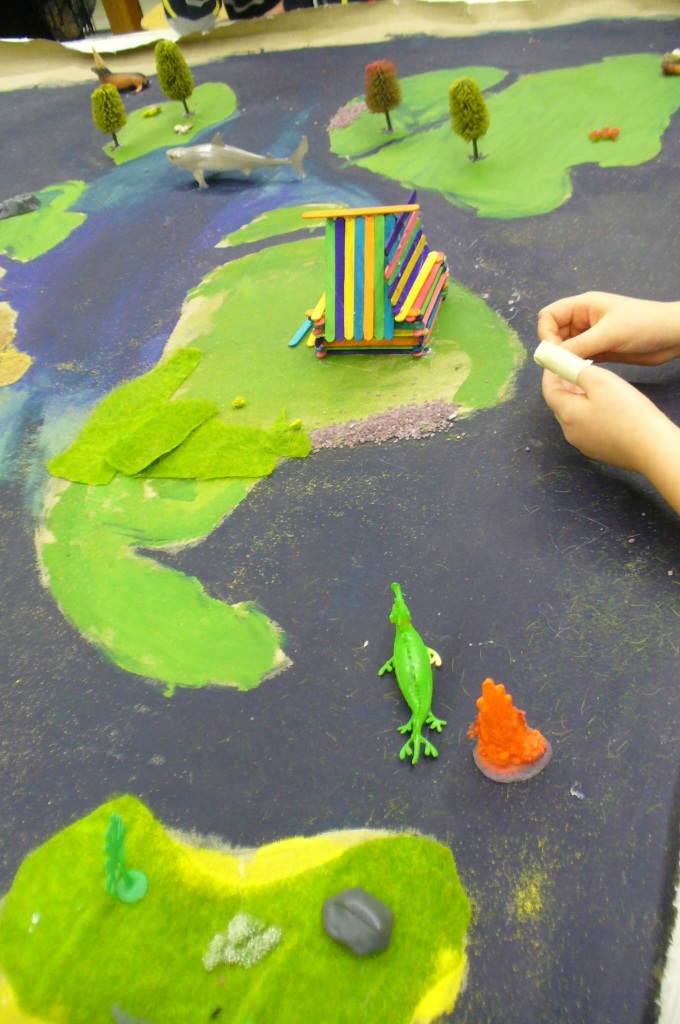