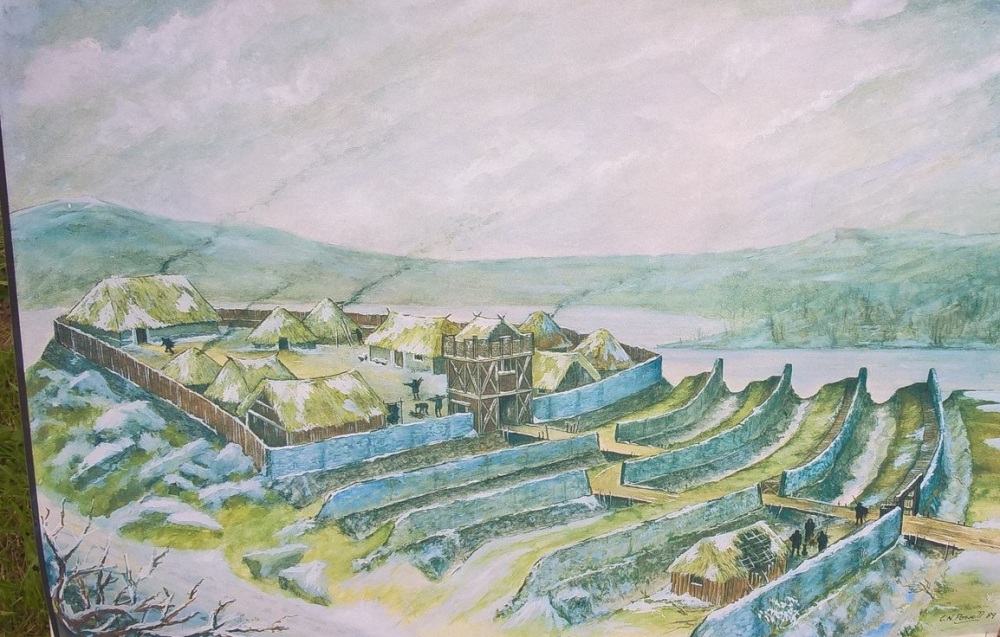 Above is an artist’s impression of the Welsh fort at Carew that preceded the Norman stone castle occupying the site today. The sketch is based on findings from archaeology digs in the 1990s. The stone cross at the entrance to the site, inscribed with the name of the 11th century king Maredudd ap Edwin, is testament that Carew was an important centre for the royal family of the Welsh kingdom of Deheubarth. My novel series, Conquest, is concerned with the surviving members of that royal family, after the Normans invaded and killed the last king, Rhys ap Tewdwr, in 1093, along with two of his sons. Initially, three of the king’s five sons survived but one of those soon died in a Norman prison. The youngest son was born in captivity in Carmarthen castle and was maimed to prevent any claim from him. Another son, Gruffudd ap Rhys, was hidden by his kin in Dublin and returned when he reached manhood to challenge the Normans for his lost kingdom. My novels centre on the king’s daughter, Nest ferch Rhys, whose colourful life led her to be dubbed Helen of Wales.

I will be at Narberth Book Fair in the Queen’s Hall, Narberth in Pembrokeshire

along with 34 other authors and tons of books.

There will be talks, readings, workshops, children’s corner.

Entry and all events are free.

My new book, The Drowned Court, is set in the 12th century, and will be published by Impress Books on 30 October.